The joyous Mid-Autumn Festival was celebrated on the fifteenth day of the eighth moon, around the time of the autumn equinox. Many referred to it simply as the "Fifteenth of the Eighth Moon". The festival is based on the legend of Chang'e, the Moon goddess in Chinese mythology.

The Mid-Autumn Festival was also considered as a harvest festival since fruits, vegetables and grain had been harvested by this time and food was abundant.

It is one of the most important holidays in Chinese culture; its popularity is on par with that of Chinese New Year. The history of the Mid-Autumn Festival dates back over 3,000 years.The festival is held on the 15th day of the 8th month of the Chinese lunisolar calendar with a full moon at night, corresponding to mid-September to early October of the Gregorian calendar. It is a time for family members and loved ones to congregate and enjoy the full moon - an auspicious symbol of abundance, harmony and luck.

The moon cake is one of the famous China traditional cakes, the Mid Autumn Festival custom. Moon cake round and round, but also a family to eat, a symbol of reunion and harmony. 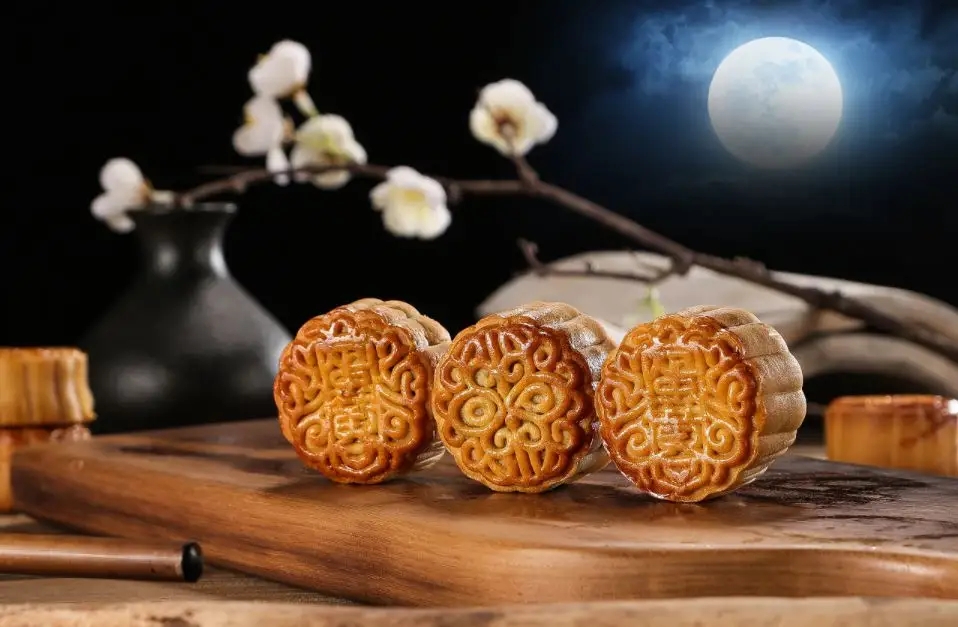 There is this story about the moon-cake. during the Yuan dynasty (A.D. 1280-1368) China was ruled by the Mongolian people. Leaders from the preceding Sung dynasty (A.D. 960-1280) were unhappy at submitting to the foreign rule, and set how to coordinate the rebellion without being discovered. The leaders of the rebellion, knowing that the Moon Festival was drawing near, ordered the making of special cakes. Backed into each moon cake was a message with the outline of the attack. On the night of the Moon Festival, the rebels successfully attached and overthrew the government. Today, moon cakes are eaten to commemorate this legend and was called the Moon Cake.

Moon cake to today, a greater variety, taste different from place to place. One Bejing-style, Soviet-style, Cantonese, Chaozhou-style moon cake so widely around the country by people like eating north and south. The main raw materials are flour, wheat flour, fruits, nuts, etc.

On the festive night, pray for our family to be happy, sweet, and safe!